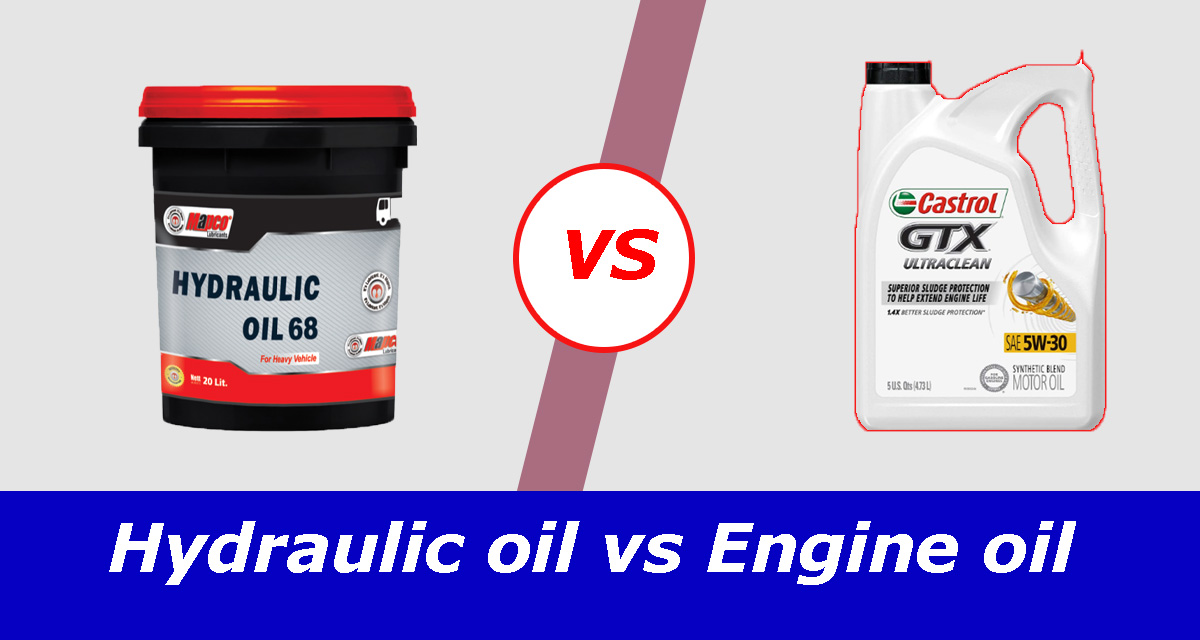 What is Hydraulic oil?

Hydraulic oil is known as the medium to transfer energy in the whole hydraulic system. They contain a wide range of chemical constituents like butanol, adipates, phthalates, poly-alkylene glycols, corrosion inhibitors, additives having anti-corrosion and a few others.

Hydraulic oils are lower in compressibility than regular oils. Also, it is expected to have predictable friction and better stability in viscosity. This is a medium in which power is converted via hydraulic machinery. Types of equipment such as hydraulic brakes, power steering systems, automatic transmissions, garbage trucks, excavators, lifts, aircraft flights, and many others with industrial machinery use hydraulic oil.

The working functions of hydraulic oil go beyond only performing simple transmission of power. Though their main function is to transmit hydraulic energy, they perform a bunch of secondary work like heat transfer, sealing, contamination removal, and lubrication to be specific.

What is Engine oil?

Engine oil is the same as motor oil, it’s just the manufacturers label them with different identities. It could be referred to as Hornsby-Akroyd oil which is the first of its kind to be used in the internal combustion engine as heavy oil. This sort of oil is also called engine lubricant due to similar varieties and though they have different attributes from each other.

In short, they could be termed as kind oil substances that are formed of base oil and enhanced with different sorts of additives like antiwear additives, dispersants, detergent, viscosity index improvers, and few others.

Engine oil neutralizes the acids which conventionally originated from fuel and from the oxidation of the detergents or lubricants for the sake of improving the sealing piston rings and cooling the engine as they carry away all the heat from the movable parts of the engine.

In the current world, the largest class of hydraulic fluid consists of refined hydrocarbon base oils or petroleum oils with various additives by supplementing them to the base oils to create inherent properties in the fluid. To be specific, a standard hydraulic oil consists of 99% base stock like mineral oil and 1% is additives such as antiwear.

On the other hand, engine oil has a much more complex composition compared to the simple composition of hydraulic oil. They consist of 78% of base oil, 3% detergents (cleans the engine), 10% additives which are to improve the viscosity (to improve flow), 5% of dispersant ( for the suspension of dirt particles), 1% of wear protection, 0.001% of antifoam and other components with a percentage of three.

The viscosity improver may vary depending on the manufacturer with a range of 5% to 15%. Also, some of the manufacturers prefer adding 0.25% of pour point depressant in the composition.

Hydraulic oils have lower compressibility compared to not only engine oil but also other oils too. They are also expected to have very predictable friction with stable viscosity. Their appearance is yellow to amber liquid with a mild odor and has a vapor density of less than one. Hydraulic oil has a specific gravity of 1 to 1.07 with a pH level of 10 to 11.5. Hydraulic oils are also soluble in water.

Engine oils are expected to have better resistance to heat. Also, they bear a good resistance to absorption of fuels and during the combustion reaction, chemical compounds are produced immensely. Engine oils have a pH range of 7 to 8 which starts to decrease over time. As the additives get used up and the oil becomes contaminated, they start to turn acidic.

The basic and primary function the hydraulic oils provide is conveying power to the whole hydraulic system. But this is not their only function as they work on protecting the hydraulic machine components and also put in a lot of effort to contain the heat of the moving parts of the system as much as possible.

The additives of the hydraulic oils help in reducing foams as they intend to provide detergency. To be specific hydraulic oils performs a total of four functions:

For the sake of performing these functions of delivering power, lubricating components, dissipating heat and removing the parts’ contamination, hydraulic oils contain and provide specific additives which grow and evolve their ability to stand against extreme temperature, pressure, and other relevant operating conditions.

Conventionally in the internal combustion engine system engine oils are used such as motorcycles, lawnmowers for the yard, power engine cars, engine generators and lots of others. Their main function is to lubricate all the engine parts of the systems which are consistently in frictional work.

Engine oils reduce that friction that tries to increase the wear and tear of the parts of the engine. Engine oils perform specifically five functions in a system:

As we mentioned lubrication is the main role of theirs and when the energy lost through combustion and friction between the mechanical parts starts to cause the engine systems’ temperature to rise at an unwanted level the function of cooling begins by the engine oil. The engine oil releases all the heat through the lubrication circuit and does the work as a coolant. The cleaning function of the engine oil is fundamental but most of the time it’s overlooked.

When the combustion takes place, the fuel combustion supplies corrosive acids which have the ability to cause major damage to the metal parts in the system. Engine oil helps avoid that corrosion by slowing the process with the help of their additives. Engine oil is the one that performs the function of enhanced engine sealing or the sealing of the piston and cylinders.

Protection against corrosion and rust: Hydraulic oils are very much hydrolytically stable which helps in protecting the engine from any sort of corrosion rise or rust. Also, the stability of viscosity provides optimal operations even under extreme working temperatures or frictions.

Engine protection from exposed air and water: While the engine is exposed to unwanted open air or water it causes huge damage. But hydraulic oil contains anti-oxidation properties which help the engine to remain out of danger with any touch of exposed air or water.

Demulsibility: Hydraulic oil has a property known as demulsibility which is this type of oil that provides hydraulic equipment protection from any sort of water emulsion as the oil has the characteristics of quickly separating from the water.

Biodegradable: Most of the hydraulic oils that are manufactured in the present era, are biodegradable and have the ability to be used in sensitive environments.

Provides a longer engine lifespan: As they clean the entire engine and reduce the friction with the reduction of corrosion, engine oil ensures a longer lifespan for an engine by preventing them from vital damage and clogging.

Ensures the smooth working system of the engine: The better the lubrication, the better and smooth is the performance of an engine avoiding any serious mechanical damage. Engine oil ensures that and they are considered best to run an engine better.

Decrease fuel consumption and CO2 emissions: Due to the overuse of engine oil, friction alters the energy efficiency by increasing fuel consumption. Well-performed and standard engine oil also ensure a lower level of polluting discharge like CO2 in the environment.