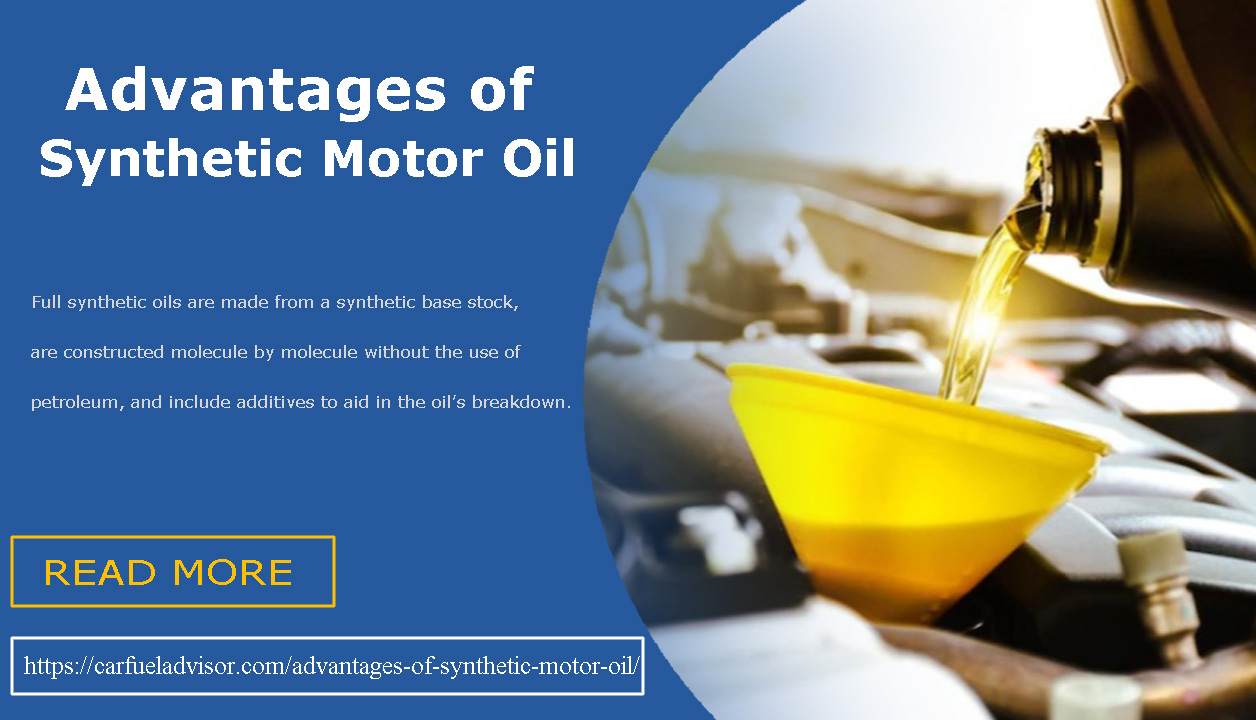 Synthetic Motor Oil is generally the best option for use in engines than any other oil. Synthetic oil is a lubricant made of chemical compounds that have been synthesized by breaking down and reassembling petroleum molecules. It can be completely synthetic or a synthetic blend, and it can come from a variety of different base types.

Synthetic oil has some advantages which explain the nature of this type of oil. Some advantages of synthetic motor oil are given below:

You can never go back to conventional oil after you’ve switched to synthetic. This is one of the most common misconceptions regarding synthetic oil, and it’s absolutely false. You can change your mind at any moment. Synthetic blends are, in fact, a combination of synthetic and conventional oils. It’s recommended to use the same oil for top-ups if necessary, as this will provide the best protection from the oil you’ve chosen.

2. Shouldn’t be used in older vehicles:

3. Should break the engine with conventional oil:

Before switching to synthetic oil, you should break in your engine with conventional oil. Again, we’re not aware of any manufacturer who offers this advice. Synthetic oil is standard on Mercedes, Porsche, Corvette, select Cadillacs, Volkswagen, Hyundai, and many other manufacturers’ vehicles.

A car’s warranty is void if synthetic oil is used. Untrue. Some Mazda rotary engines are the only engines that specifically prohibit the use of synthetic motor oil.

5. Group III base oils are not true synthetics:

After all, being expensive synthetic oil also gives the best output than any other oil in the market. It gives the consumer a smooth use of their motor engine and keeps them less tense about their engine health. It is wiser to suggest synthetic oil than any other conventional oil in the market. If your vehicle comes with conventional oil, you may upgrade to synthetic oil and get the benefits, including fewer frequent oil changes. Check the automobile handbook before purchasing oil for your vehicle to guarantee compatibility.

Switching to synthetic oil is a better alternative if you want to lower the frequency with which you change your oil. Check the car handbook before purchasing oil for your car to guarantee compatibility. When compared to normal oil, it lasts twice as long. When it comes to price, though, the double figure also applies. That should not be a concern, as it will be a profitable investment. In any event, synthetic oil may extend the life of your engine.