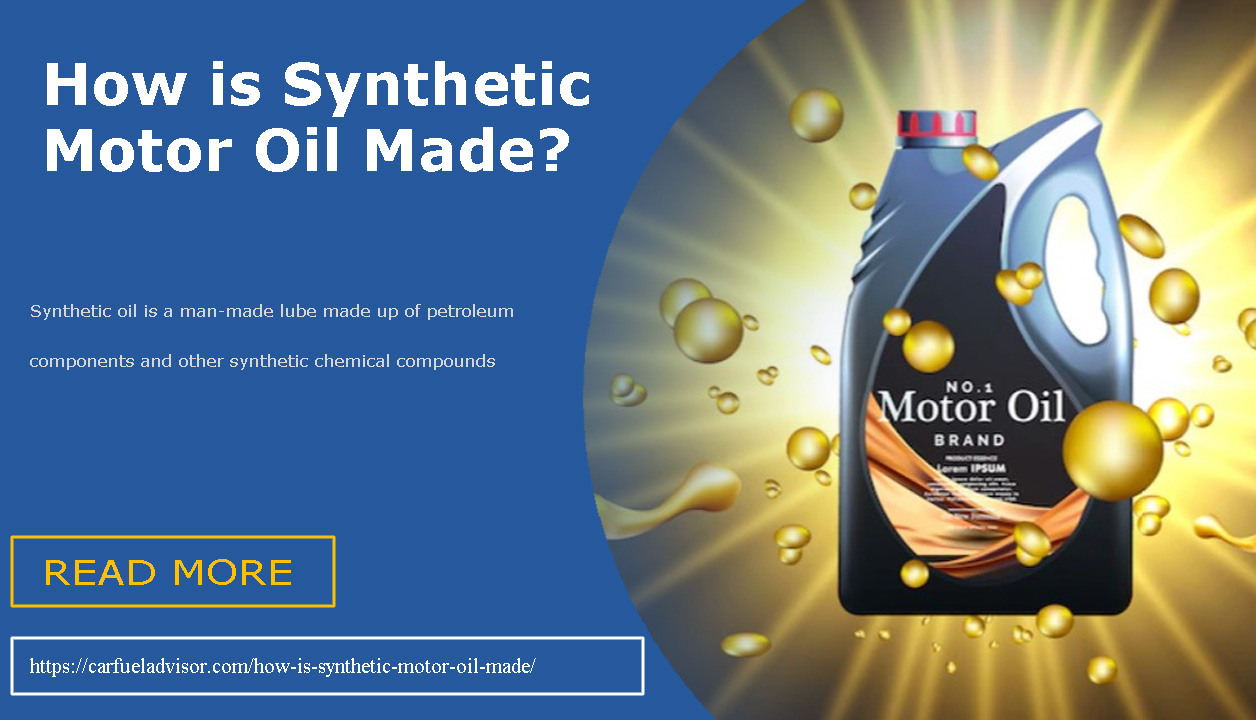 Synthetic oil is a man-made lube made up of petroleum components and other synthetic chemical compounds. Still, the base material is almost always distilled crude oil pumped from deep underground.

The highest quality standards base oil is used as a starting point for full synthetic motor oil, however, the market specifics are a little hazy.

Synthetic motor oil, in addition to the base oil, frequently includes additives in the end product. Even though no two brands’ synthetic oils are equal, full synthetics still provide better protection than conventional oils or synthetic blends.

Past and Present of Synthetic Motor Oil

Synthetic oil was first produced in 1929 and has since been utilized in everything from everyday automobiles to high-performance vehicles and even airplanes.

During World War II, when Allied Forces denied oil availability to Nazi Germany, the latter leaned on synthetic oil to power its troops. The American Energy Crisis of the 1970s prompted efforts to develop better artificial oils in order to improve fuel economy.

Synthetic oils are now required under certain engines, like aviation jet engines. Although synthetic oil was formerly utilized in high-performance automobiles, it is now being employed in more popular engines to help automakers increase fuel efficiency.

The purest sort of synthetic oil is fully synthetic oil. There is, however, no global standard for grading synthetic oils. Each company has its own exclusive ingredients and techniques. As a result, “completely synthetic” is merely a marketing word.

For the most part, the synthetic oil used in your family automobiles in the United States is most likely a Group III base synthetic oil. That means the complete synthetic you buy at your local auto store isn’t actually full synthetic.

Full synthetic oils are more commonly referred to as motor oil grade. Oils that are semi-refined, often known as synthetic blends, are less processed than fully synthetic oils. Semi-synthetic oil is a hybrid of traditional and technologically enhanced oils.

You gain the benefits of additives as well as additional refining. However, conventional motor oil contaminants and irregularities in molecular size are still present in the blend to varying degrees.

Synthetic oil engines outperform typical motor oil engines by 47 percent, according to industry studies. Synthetic oil is widely regarded as the best. However, it is more expensive due to the manufacturing method.